Most folks are probably somewhat familiar with composting worms. These guys eat up to their body weight a day in rotting organic matter and poop out rich, lovely compost. Some people keep bins of these guys, or they can be purchased.

Unlike nightcrawlers and other earthworms, red wigglers do not burrow deep into the soil. They stay in the very upper part, where the decomposition of organic matter is taking place

Red wigglers do not actually eat rotting vegetative matter. They eat the bacteria and fungi that break down the organic matter. 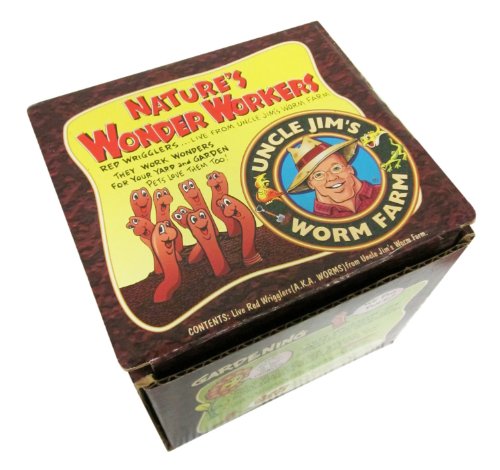 Making compost usually brings up visions of heaping piles of leaves and grass, and watering and turning. Sounds like work. What about making compost right in the garden? This, of course, can be accomplished by adding compostables to the garden in the fall and letting it overwinter.

Can compost be made in good quantity while the garden is growing? The answer is yes, thanks to the red wiggler worm.

Composting Worms In The Garden 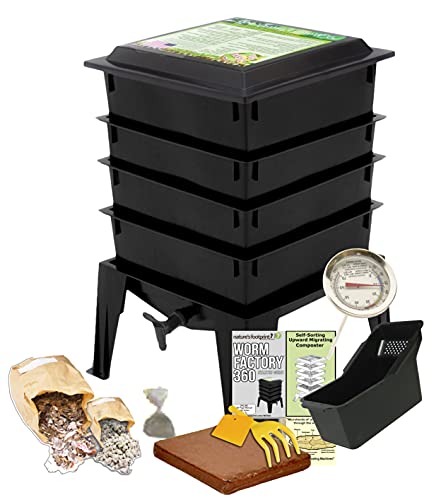 By providing housing, composting worms can be kept right in the garden, letting them create compost right where it is needed.

Housing for worms can be provided with a worm tower. A worm tower is a length of PVC with holes drilled in the bottom half. The PVC pipe should be at least 4″, and larger is better.

The part with holes is buried in the soil. Into the top half, worms, food and bedding are added. The worms will create compost right in the garden by feeding in the tower and spreading their castings in and around the tower.

Composting worms can easily live in the garden throughout the growing season, and provide benefits to plants with little work.

Care of Composting Worms In The Garden

Monitor towers closely and add more food as necessary. Cover every feeding with mulch or shredded newspaper to keep away flies and prevent drying. Towers will need to be cleaned out periodically. Simply remove the tower and push out the compost. Then place the tower back in the hole.

In very mild climates worms will survive if they are fed and watered over the winter. Temperatures below freezing will kill composting worms. Composting worms can be brought indoors and kept in worm bins for the winter. This can be accomplished by cleaning out the towers and bringing the worms indoors.